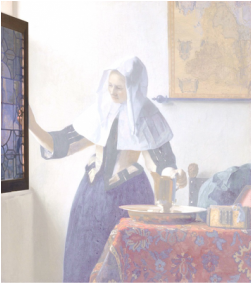 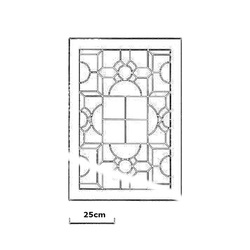 I need a replica of the typical stained glass of the painting.
For this, I can count on the cooperation of the teacher Sophie Troch and her student Herman Op de Beeck of the studio 'Stained glass' of the Royal Academy of Fine Arts in Antwerp. 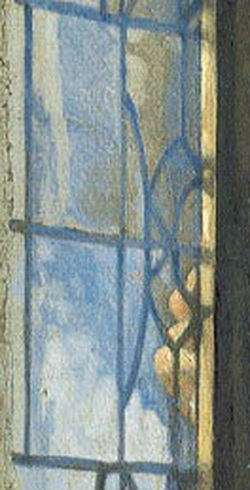 Links een detail van het schilderij.
"The coat of arms that can be seen in" The Glass of Wine "or" Dink Ende lady with a gentleman "and" Lady and two masters" gives us another but uncertain link with reality. It is clearly the weapon of Jeanette Jacobs, dr. Vogel , the first wife of Moses Nederveen, a patrician from Delft who died in 1624. But as far as I can determine, neither Janette Vogel nor her husband ever lived in the house on the corner of Molenpoort and Oude Langendijk, whose ownership can be traced to at least 1618, when it belonged to notary arent Bolgerstijn. One could say that the window is opened softly also in "Woman with water jug, the same pattern of lead bars, but there are only colorless glass between. Vermeer is the coat of arms have seen elsewhere, perhaps in the house on the Oude Delft where ever Nederveen and attended his wife, and he can have it put in the bright room that was framed by the oval-shaped slats. This would be very likely especially if one of the offspring of Janette Vogel was a client of Vermeer. "
(Source: John Michael Mondigs - Vermeer and his environment, translated by Hans Bronkhorst)
On Thursday, May 26 of 2016 I traveled for a third time to the workshop 'Stained Glass': 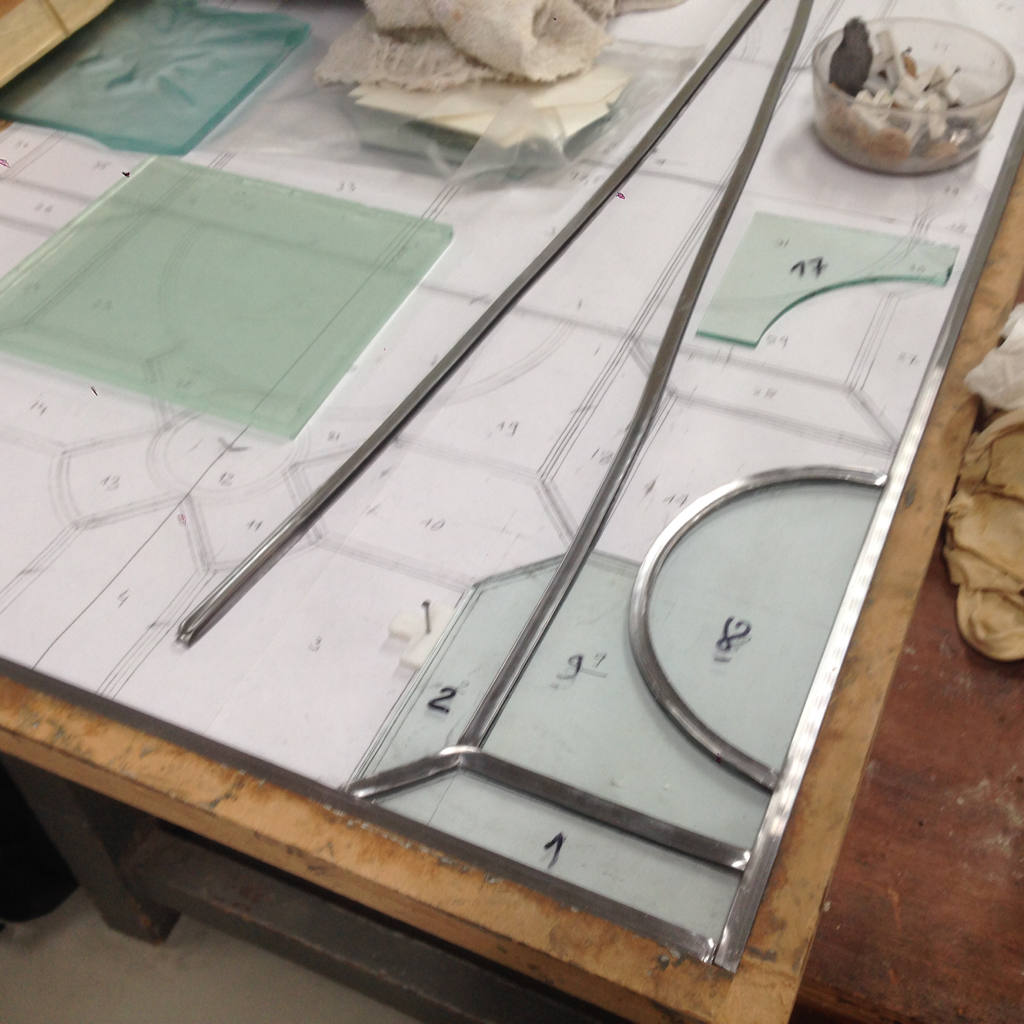 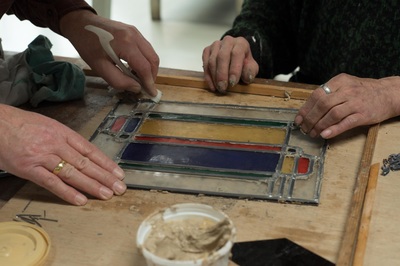 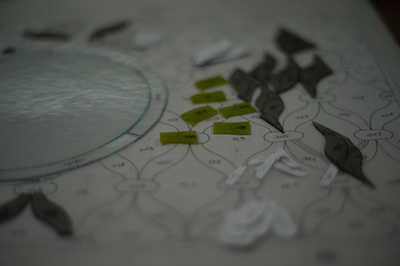 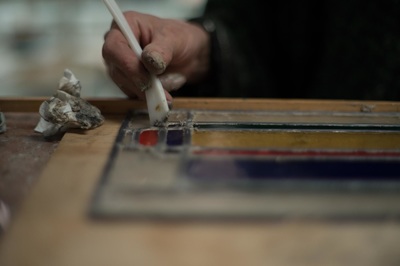 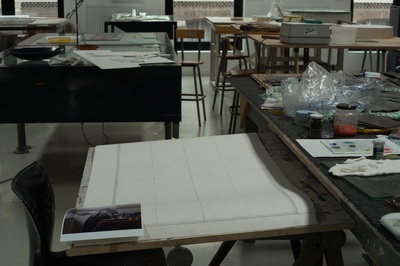 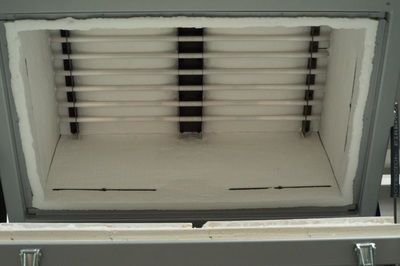 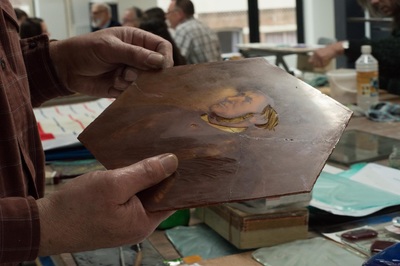 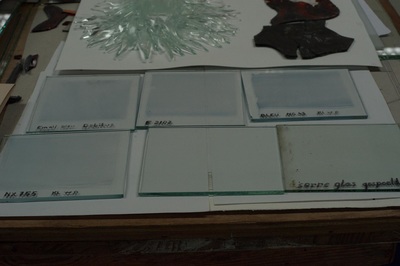 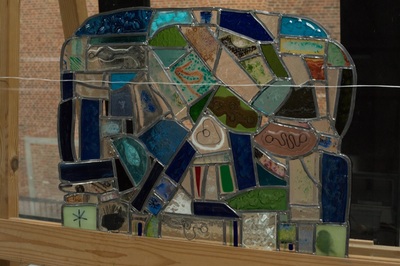 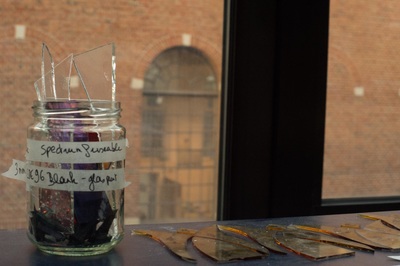 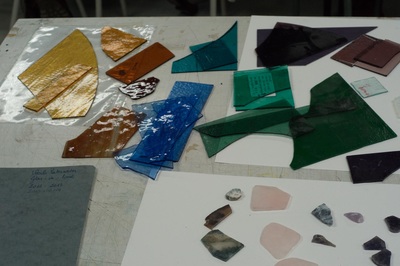 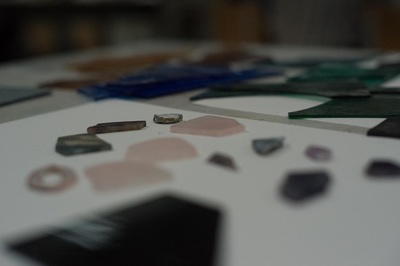 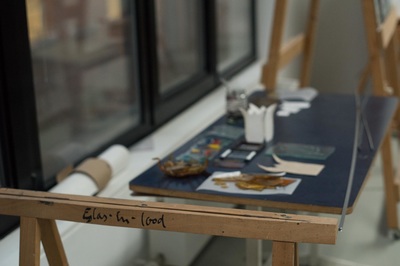