I'm so sorry.
I do not speak English.
Nevertheless, I'll try to give some explanation about this project in English.

"Dichtbij Vermeer" (that's Dutch for Close to Vermeer) is the name of a project that started in the autumn of 2014.
This project is still in preparation!


Johannes Vermeer used special techniques to bring his paintings to life.
His images seem to come out of a movie!

Could I reach the opposite? Can I rebuild a corresponding mise en scène based on his work?
And then catch the uniqe light of Vermeer in a photographic image?

For this project, the next painting appealed to me tremendously:

Woman with a Water Jug 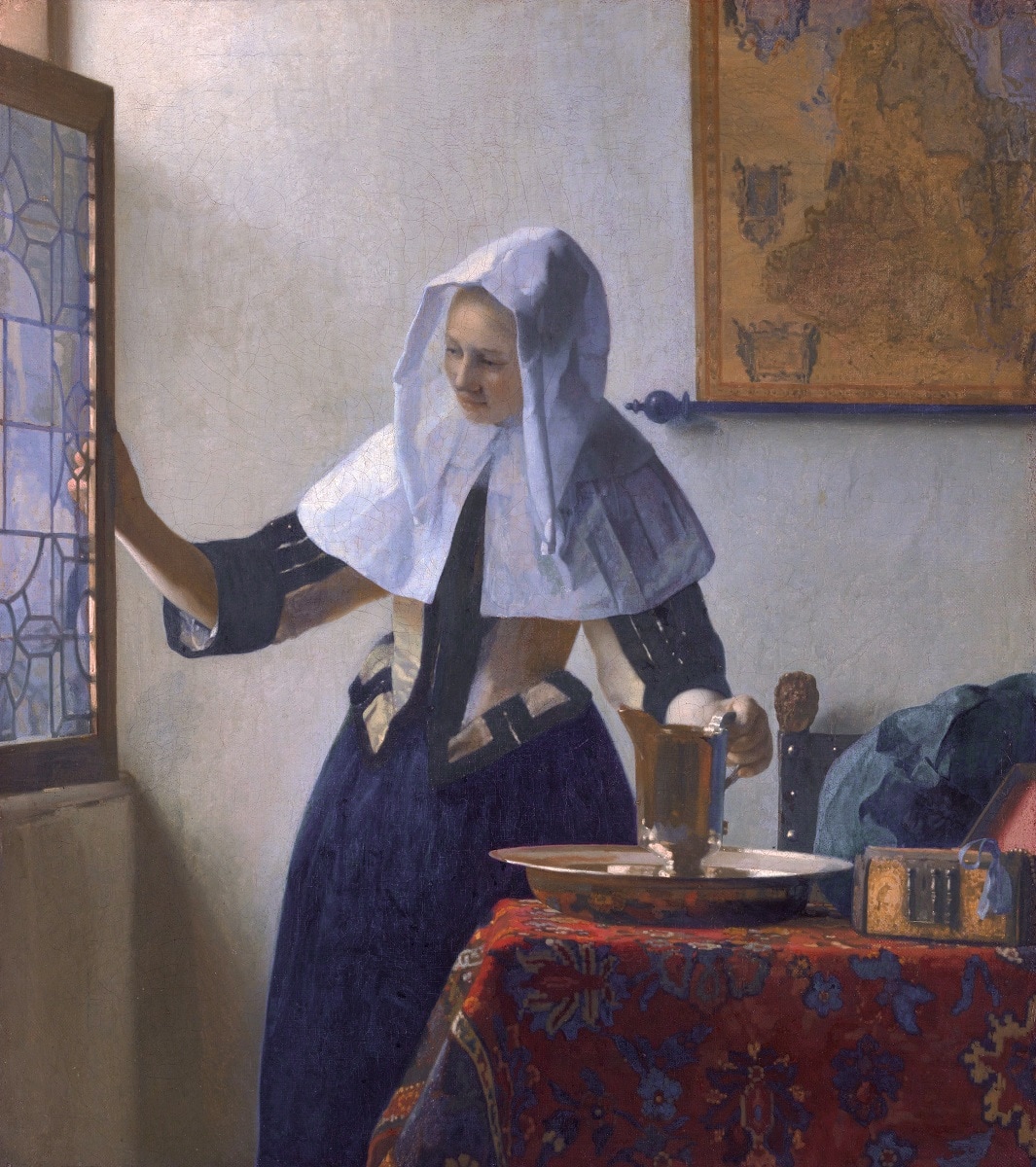 The idea grew further in the plan to create two versions of this painting.

The classic variant; an image that looks as good as possible on this work.
As a tribute, but mostly as an exercise, as an encounter with the light and atmosphere of Vermeer.